DUAL Arhitekti has chosen ZEISS OFFICES as its home 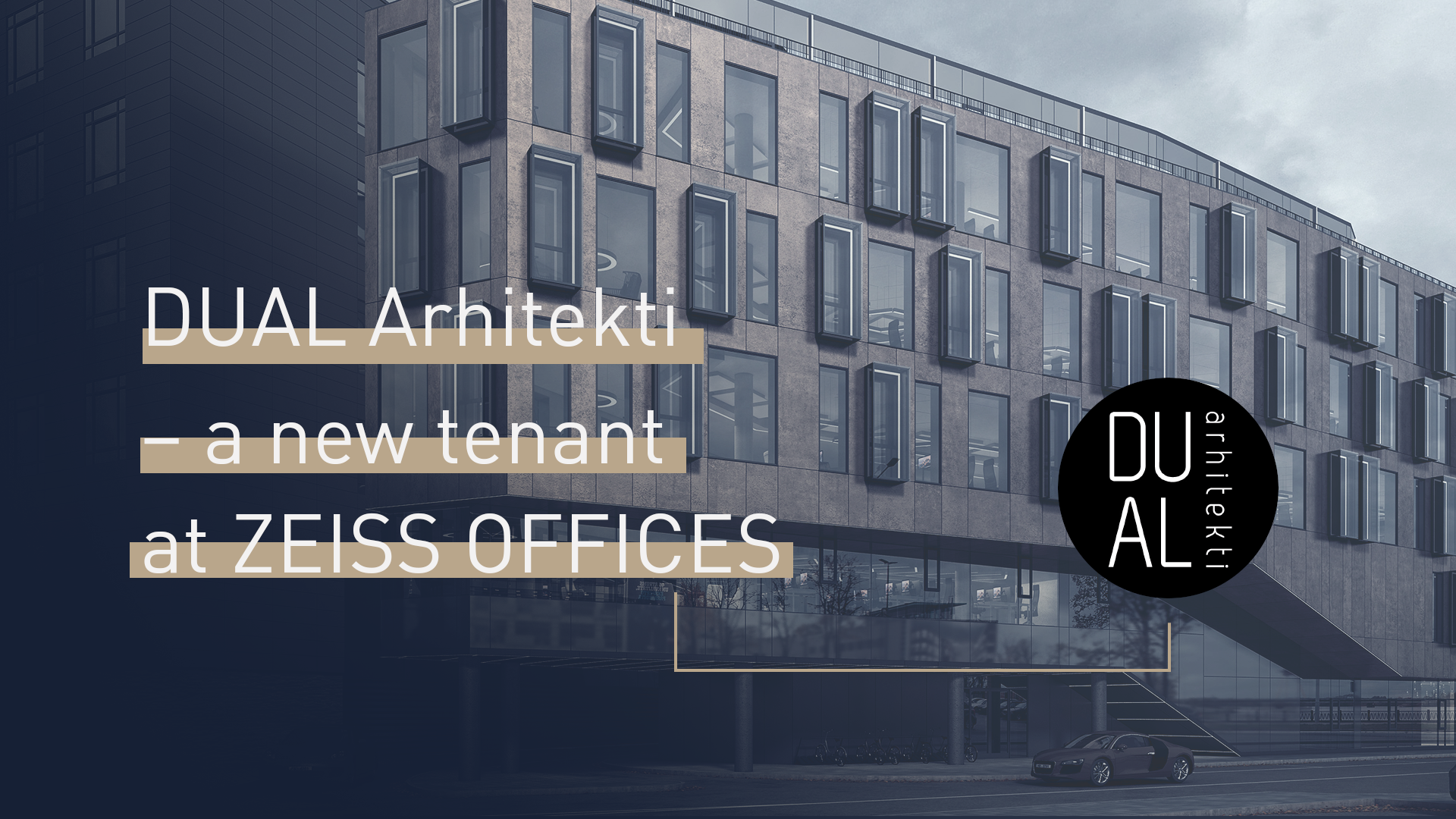 It is expected that among the residents of the upcoming A-class office building ZEISS OFFICES there will be several companies that have already been located in MŪKU SALA for some time and whose activities are closely related to this place. However, "DUAL Arhitekti" is particularly close to the upcoming project - it is this architectural office that worked on the planning of ZEISS OFFICES, and now they will work in a place that they themselves had a hand in creating.

The company "DUAL Arhitekti" was founded in 2016 and since then has received several Latvian Construction Prize of the Year awards for its work.

"Our company is developing rapidly and the need for new premises was only a matter of time. Cooperation with Mūkusala Business Centre has lasted for the past five years, so knowing Mūkusala Business Centre’s very responsible attitude towards work and its customers, it was very easy to make a choice in favor of this place. Of course, our choice was also influenced by the fact that we ourselves participated in the development of the project, which gave us confidence in the expected result," says Aleksandrs Čepiguss, chairman of the board of "DUAL Arhitekti". "Several architects have been involved in the development process of the ZEISS OFFICES project, and this, in our opinion, is a great benefit for this object, because, by respecting the contributions and ideas of other architects, we have supplemented this project with our own vision and experience. We are sure that the future works that we will create in this building will be even more creative and will give us additional motivation to continue growing and developing," he continues.

"The path of ZEISS OFFICES from the birth of an idea to completion has been long and full of challenges, but without the involvement of "Dual Arhitekti" this building would certainly not be so impressive - even now, when the construction works have not yet been completed, it is clear to us that it will be the calling card of MŪKU SALA. In addition, the fact that the architectural company that worked on the project wants to move their operations to this building is a double honour, because it shows that the same enthusiasm is felt by the architects of ZEISS OFFICES themselves," says Iveta Bahmane, Chairwoman of the Board of Mūkusala Business Centre..

ZEISS OFFICES will be a six-storey building with a total leasable area of 4,300 m2. The building is certified in accordance with the requirements of the BREEAM Excellent sustainability certificate and the project includes Class A energy-efficient air cooling, ventilation, and heating systems. The building of ZEISS OFFICES is named in honour of the Karl Zeiss optics factory, which was located in the same place at the beginning of the 20th century - references to the former building will also be found in the façade design of the new building. The construction works of the building are planned to be completed at the beginning of 2023.

This website uses cookies so that we can provide you with the best user experience possible. Cookie information is stored in your browser and performs functions such as recognising you when you return to our website and helping our team to understand which sections of the website you find most interesting and useful.

Strictly Necessary Cookie should be enabled at all times so that we can save your preferences for cookie settings.

If you disable this cookie, we will not be able to save your preferences. This means that every time you visit this website you will need to enable or disable cookies again.